Category: THE SCIENCE IN TORAH
Written by Dr. Gerald Schroeder

The exact opposite is the case. As Niles Eldredge, curator at the American Museum of Natural History, NYC, wrote in the New York Times, “The fossil record that we were told to find for the past 150 years (since Charles Darwin ) does not exist.” Darwin insisted that “natura non facit saltum,” that nature does not make jumps. In fact, the flow of life as recorded in the fossil record has many jumps in complexity. The great trade secret of paleontology is that the fossil record does not confirm Darwin. Never did I expect to read in the esteemed, peer reviewed journal, Science, the following: “Did Darwin get it all right?” And the sub-title was no, species appear with a most un-Darwinian rapidity. The problems of evolution begin with the origin of life (Richard Dawkins attributes the origin of life to “luck.”) and continue through the fossil record. Most precisely, the oldest rocks that can bear fossils already have fossils of microbes, some undergoing cell division. Nature “invented” DNA, RNA, cell structure, cell function with startling rapidity. The Theory of Evolution is based on selection by nature (survival of the fittest) and therefore is not a random process

Not true. The Theory of Evolution as understood today is a two stage process, the first of which is totally random: First stage: random mutations produce changes in the DNA (the genetic library that stores the information to form the specific organism) and so yield variations in the progeny of the organism; and, second stage: the environment challenges the altered organism. If the mutation was beneficial, the improved version survives and flourishes. If the mutation was detrimental, then relative to its better neighbors, it will decrease in abundance and possibly perish. This is what is referred to as survival of the fittest. If there ever was a phrase with circular reasoning, this is it. We define the fittest as those that survive. We could just as well have written survival of the survivors. Note that the second stage, the challenge by nature, is not random. But the first stage, the mutations in the DNA, must be random. If not random, then certain mutations are favored by nature, which would imply an inherent direction to the flow of life, which in turn would imply a Director. The late Stephen Jay Gould, then professor of paleobiology, Harvard University, referred to it as channeling. 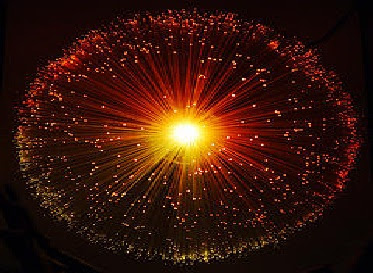 Not at all. The big bang (theory or fact) is merely jargon for the creation of the universe. The opening sentence of the   Bible states that there was a creation. What caused the big bang is still being debated. Scientists suggest that within the laws of nature, the concept of a quantum fluctuation could create a universe. This of course assumes that: 1) the laws of nature (not physical nature, but totally abstract, non-physical laws of nature) pre-date the universe; 2) that these laws are eternal or timeless, outside of time; and 3) that within these eternal laws is the property of a quantum fluctuation that under extreme conditions can produce the physical universe from absolute nothing. Now all this sounds very much like the biblical definition of God. The Bible tells us that the eternal, non-physical God created the universe – perhaps working through the laws of nature. Recall that in the Exodus account, God used a force of nature, a strong east wind, to split the sea (Exodus 14:21). And that the only name for God in Genesis One is Elokim, God as made manifest in nature.

The mystery of the origin of life has been solved

Of all the many mysteries in nature, the origin of life is one of the three key that have resisted solution. At the present there is no viable explanation for how the complexity of even the “simplest” of microbes arose over many stages, but starting with rocks, water and a few simple molecules. Consider that molecules or atoms must have joined together perhaps in some pool of water or by a thermal vent and then built a chain of molecules gleaned from that puddle. This growing-in-length molecule must have been able to reproduce itself and do so with some changes that advance its complexity. The number of assumptions required increases with each stage in the proposed development. The other two conundrums are why there is something rather than nothing, why there is existence of any thing in any form; and, what is the origin of consciousness, self-awareness in life that arose from seemingly inert, non-living matter.

Not true, not in this universe. But it is a popular assumption that the monkeys can do it, a wrong assumption that randomness can produce meaningful stable complexity. But let’s look at the numbers to see why the monkeys will always fail. I’ll take the only sonnet I know, sonnet number 18, “Shall I compare thee to a summer’s day …” All sonnets are 14 lines, all about the same length. This sonnet has approximately 488 letters (neglect spaces). With a typewriter or keyboard having 26 letters, the number of possible combinations is 26 to the exponential power of 488 or approximately ten to the power of 690. That is a one with 690 zeros after it. Convert the entire 10 to the 56 grams of the universe (forget working with the monkeys) into computer chips each weighing a billionth of a gram and have each chip type out a billion sonnet trials a second (or 488 billion operations per second) since the beginning of time, ten to the 18th seconds ago. The number of trials will be approximately ten to power of 92, a huge number but minuscule when compared with the 10 to power 690 possible combinations of the letters. We are off by a factor of ten to power of 600. The laws of probability confirm that the universe would have reached its heat death before getting one sonnet. We will never get a sonnet by random trials, and the most basic molecules of life are far more complex than the most intricate sonnet. As reported in the New York Times, the Los Angeles Times and the Chicago Tribune, when the world’s most influential atheist philosopher, Antony Flew, read this analysis of complexity and several analyses related to the complexity of life brought in my third book, The Hidden Face of God, and Roy Varghese’s excellent book, The Wonder of the World, he abandoned his errant belief in a Godless world and publicly apologized for leading so many persons astray for the decades that his atheistic thoughts held sway.